Team Clover is excited to be running for re-election at the September Local Government elections. Read the team's announcement below. 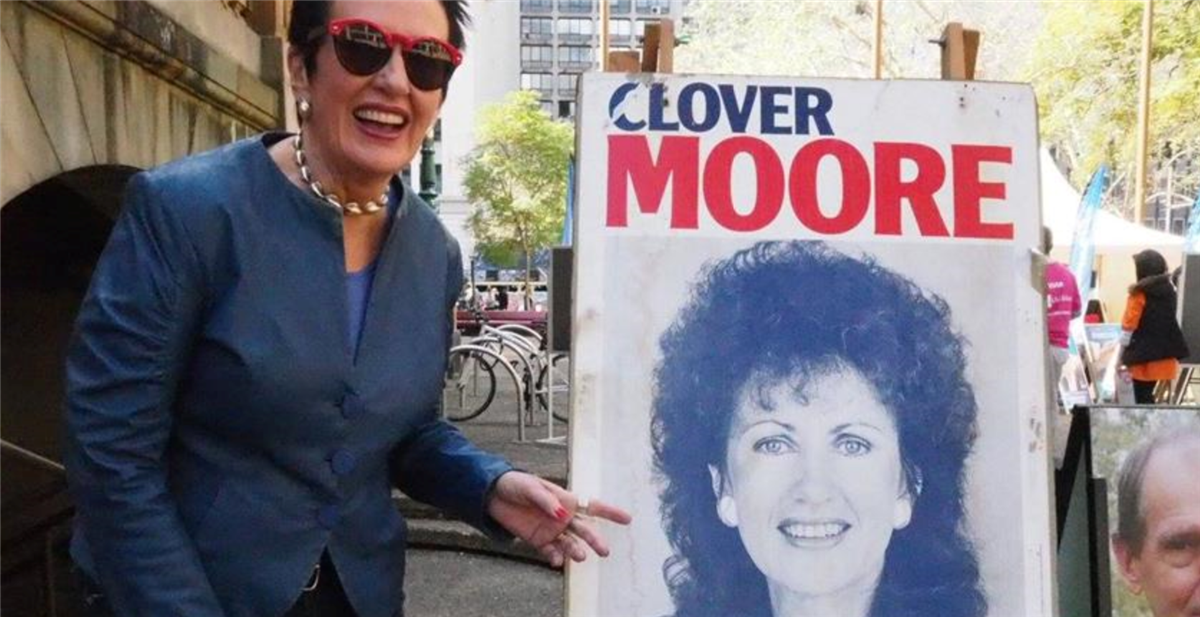 I’m writing to thank you for supporting me and our Independent Team of Councillors. I ask for your continuing support at the local government election in September, in which I will seek re-election as Lord Mayor.

Our city is powering ahead and we are energised about continuing our great work for the city and our community for another term.

Taking effective action on climate change has been one of our key priorities. We made the commitment in 2008 to reduce our emissions by 70% by 2030. We did the masterplans, set the targets, have taken the action – and we will now meet our goal by 2024, six years early. Our operations will be powered by 100% renewable energy from July this year.

Our strong financial position has enabled us to deliver an extensive capital works program, whilst keeping our rates among the lowest in metropolitan Sydney – including providing free rates to pensioners. We have delivered budget surpluses every year since I was elected in 2004.

We have protected and created parkland and public space, increasing our open space by 23.8 hectares - with another 14 hectares in the pipeline. We have spent over $300m to complete park renewals, upgraded playgrounds and in urban renewal areas like Green Square.

Our focus on design excellence has ensured we have better buildings and parks, and more liveable streetscapes.

We have delivered world class pools and community facilities, investing over $1.3 billion in public infrastructure since 2004. We stared down a hostile press and other vested interests to deliver over 15.4km of separated cycleways, over 60km of shared paths and 40km of other cycling infrastructure. We have successfully advocated for improved public transport such as the light rail, and we contributed $220 million for the public domain in George Street as part of the project.

State and Federal governments hold the levers for social and affordable housing, but since 2007, the City has taken every opportunity to tackle affordability. We have contributed over $344 million in value through development contributions, discounting property sales, and managing an Affordable and Diverse Housing Fund for the most vulnerable

We support vital arts, music and creative initiatives. We fund public art and cultural events, such as the Sydney Biennale, Sydney Festival and Art and About, as well as significant city celebrations such as New Year’s Eve, Sydney Lunar Festival and Mardi Gras.

We are transforming the City of Sydney, and we can’t let our progress be derailed. We can’t afford to put at risk our achievements and goals for the future, such as:

They could be under threat if we lose our majority at the next election.

I ask you to join our campaign to keep Sydney progressive, independent, and community-led. You can sign up to volunteer or make a donation here.

I believe there has never been a more important time for courageous and progressive leadership at the City of Sydney. Now is not the time to change from a proven team.

The liveability and diversity of our city cannot be taken for granted as the State Government continues to try to sell off scarce city public land and pushes for inappropriate development – such as Star Casino tower in Pyrmont, the Moore Park 'entertainment quarter’, the Waterloo Housing Estate redevelopment, as well as relocating the Powerhouse Museum from Ultimo.

We will continue the fight against inappropriate redevelopment, which threatens to degrade our public amenity and further commercialise much needed parkland and public space.

We will continue to deliver housing for the homeless and people on low-moderate incomes, and advocate to the Federal and State Governments to fund social housing in the city.

The battle to keep the City progressive and independent will not be easy. The well-resourced major parties and others will run campaigns to take control of the City, so we need your help.

You can support our campaign to keep Sydney progressive, independent, and community-led here.

Thank you for your support,