Supporting artists and creative organisations to thrive in our city is a priority for Team Clover. 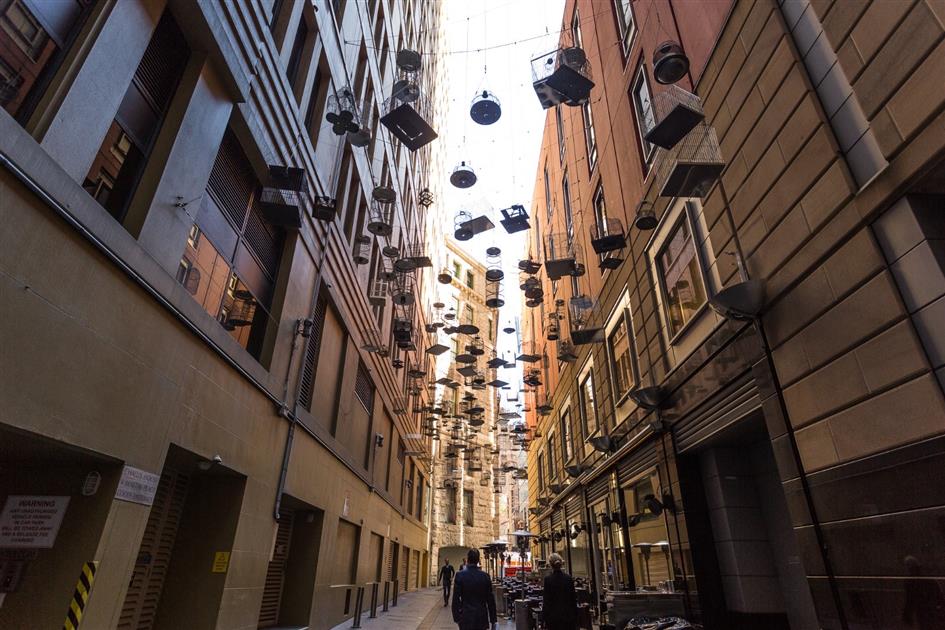 Globally, artists and musicians are being priced out of inner cities, so since 2004 we have focused on providing affordable creative spaces and nurturing the ‘seedbeds of culture’ in Sydney, as well as supporting established institutions and festivals.

The City of Sydney provides 50 per cent of the publicly funded creative workspaces in Sydney. We also invest more than $35 million each year to our creative sector through grants, sponsorships and other programs. We support major festivals like Sydney Festival, Sydney Film Festival, Sydney Writers Festival, the Biennale of Sydney, Vivid and the Sydney Gay and Lesbian Mardi Gras, and present a year-round temporary public art program of our own - Art & About.

Since 2004, we have created 32 new permanent public artworks, restored many existing works, and encouraged new commissions in private developments.

We need artists for the life of our city, but the creative sector is also incredibly important to our state’s economy. It employs 32,571 people, the third largest employer in the City with 8.3 per cent of employees.

A number of our own properties have been set aside to be used for creative workspaces or performance venues.

In 2012, we opened up low-rent and subsidised workspaces in City of Sydney owned buildings on Oxford Street to artists and creative businesses who would otherwise struggle to pay rent in the inner city. We offer a similar program on Foley Street, as well as live/work spaces for artists on William Street and above the Waterloo Library.

Performance venues include the Burton Street Tabernacle, which we transformed into a state-of-the-art 200 seat theatre known as the Eternity Playhouse, and the Reg Murphy Hall which has been retained for use by the award-winning Hayes Theatre as a home for musical theatre and cabaret. We’ve also worked with the managers of the City Recital Hall to help them adopt a curated venue model, which has been an outstanding success with an increase in programming by 20 percent bringing new and bigger audiences into this city centre arts institution.

In Green Square, we turned the former South Sydney Hospital site into a community and cultural precinct. The Joynton Avenue Creative Centre features artist studios, creative offices, exhibition and workshop spaces, and indoor and outdoor spaces for hire, and is managed by local arts organisation 107 Projects. The precinct also includes an artwork by Sydney-based, Colombian-born artist Maria Fernanda Cardoso, called While I Live I Will Grow. In high density communities, it is vital that our community facilities become living rooms for apartment dwellers - in the Green Square Library and Plaza this means a rehearsal room for hire complete with a baby grand piano!

In 2019, we worked with the NSW Government and developer Greencliff to support the Sydney Fringe Festival to reopen the iconic former World Bar nightclub as a multi-venue, open access arts hub called Fringe HQ. The six month pilot project is a good example of the way Team Clover collaborates with different levels of government, industry and the arts sector to deliver good outcomes for our community.

We’re also working with developer Greenland Australia to make 2,000 square metres of space available to artists on Bathurst Street in Sydney. We’ve negotiated for five storeys of the 67 storey development to become a $25 million creative hub, with facilities such as sound-proofed rooms for musicians to rehearse in, studios with sprung timber floors for performance artists and dancers, editing suites for filmmakers and new media artists, and wet-dry studios for visual artists. This groundbreaking project has been years in development, with facilities expected to be launched in 2021.

Informed by the experts

When we consulted with First Nations communities for the City’s first long-term plan, Sustainable Sydney 2030, they called for better recognition of Aboriginal and Torres Strait Islander culture and heritage in Sydney. That’s why the City, under the leadership of Team Clover, established The Eora Journey - which means ‘the people’s journey’, addressing recognition in the public domain through seven major public artworks, a signature event, an economic plan, and the establishment of an Aboriginal Knowledge and Cultural Centre.

We believe in letting the advice of experts guide our plans for the city, so we also established the City of Sydney’s first Public Art Advisory Panel in 2007, which is made up of professional artists, curators and architects, as well as the Nightlife and Creative Sector Advisory Panel in 2018, with representatives from across hospitality, live music and performance, theatre, festivals, retail, business and public safety sectors.