For many city residents, our parks and open space are their only backyard, providing for recreation and for neighbours to meet and interact. 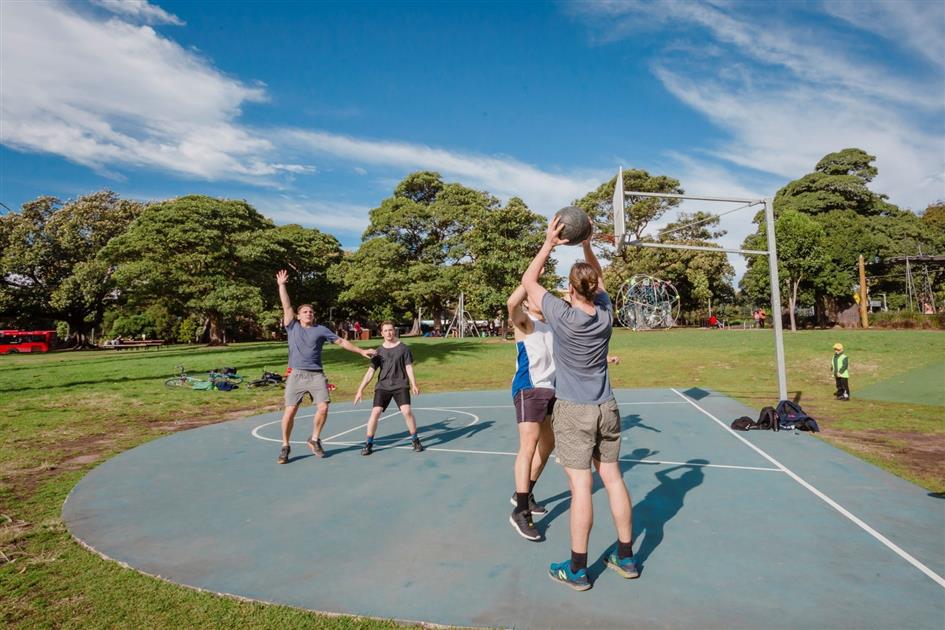 Since 2004, we have made an unprecedented investment to create new parks and open space and improve nearly every park and playground across the local government area.

Since Clover Moore and the Independent Team were elected in 2004, we have completed over 250 major projects including parks, playgrounds, pools and sports facilities. We upgraded most of our recreational facilities, such as Redfern Park, Prince Alfred Park and Pool, Rushcutters Bay Park tennis centre, Andrew Boy Charlton Pool and Victoria Park Pool.

And we’ve continued to fight to protect Moore Park from encroachment and development.

We invested over $23 million to transform a rubbish dump into the vast Sydney Park, including our largest stormwater harvesting system. The Glebe Foreshore walk has been extended, with four hectares of new parkland at Harold Park underway to complete 19 hectares of connected parkland. We’ve created or renewed over 100 parks and playgrounds, with many more in the pipeline.

Since 2005, we’ve planted over 11,000 new street trees and added over 57,000 square metres of landscaping, including 270 new trees along the pedestrianised George Street boulevard.

In 2019, we opened Dyuralya Square, one of 40 new parks planned for Green Square. The construction of the beautiful Gunyama Park Aquatic and Recreation Centre is well underway, due to open in 2020 and Drying Green Park is scheduled to be completed in late 2020.

We’re building skate facilities in Glebe and at Sydney Park, and have started the design process for the City Centre Playground in Cook+Phillip Park which will provide the City’s first inclusive play space of this size in the heart of the city.

We have also worked with community groups across the city to establish new community gardens.

Standing up for Moore Park

Moore Park was designated by a visionary governor as a 153 hectare park for the people of Sydney in 1866. The park is a vital green lung for our growing city, but over a number of years, sections of the park have been carved off private interests, countless trees have been lost and the park is often used for car parking, rather than recreation.

In recent years, our park has had to withstand the construction of the Tibby Cotter Bridge to nowhere, demolition of the award-winning Philip Cox Moore Park Sports stadium and a scarred Moore Park on the Surry Hills side of South Dowling Street, park entry to accommodate the tunnel for light rail – not to mention the shocking loss of mature fig trees.

Then in late 2019 we read in the media that there is a shocking $1 billion proposal for commercial development on the former Showground site. This is shocking because this is public land and because I successfully introduced legislation into the NSW Parliament in 1992 to preserve the site in public ownership to be managed by the Centennial & Moore Park Trust.

The City is working with Paddington and Centennial Park residents to minimise construction impacts of a future stadium, and ensure a transport management plan that actively works to keep people out of cars and get car parking off Moore Park.