Acting on the climate emergency

Under the leadership of Clover Moore and her team, the City of Sydney is a global leader in climate action, drastically reducing emissions, acting to drought proof the city and reducing the amount of waste our city sends to landfill. 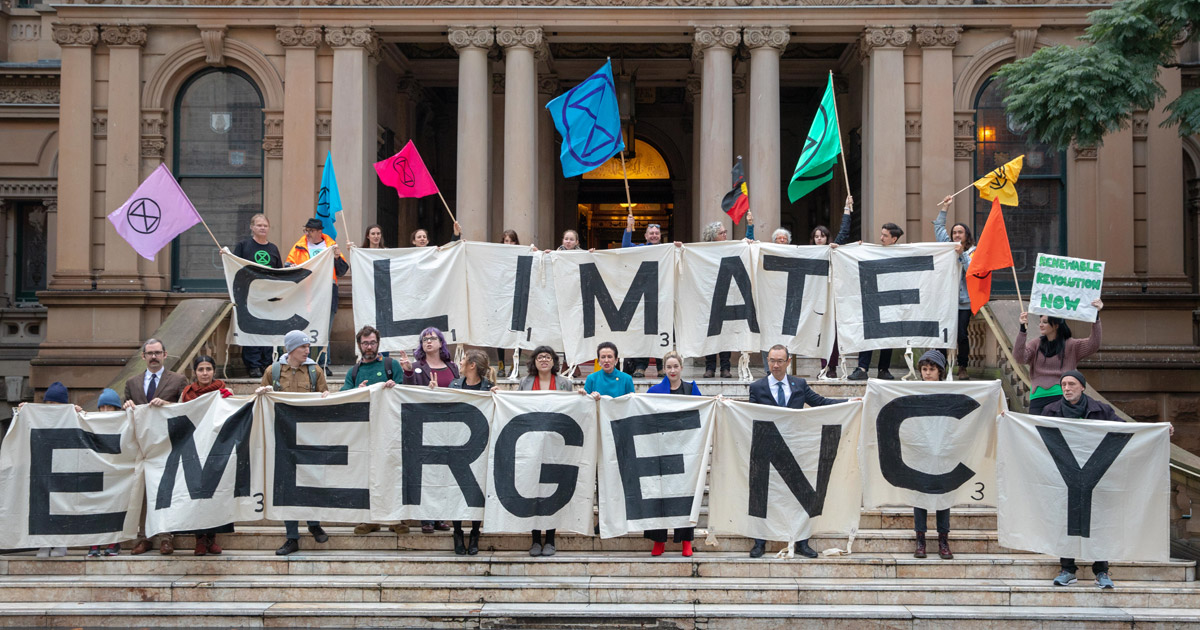 The City became Australia’s first carbon neutral council in 2007, and its operations are now powered by 100 per cent renewable electricity. The City will reach its 2030 target of reducing emissions by 70 per cent, by 2024 - six years early. By purchasing power from wind and solar farms in Glen Innes, Wagga Wagga, and the Shoalhaven, we are supporting jobs in regional areas and saving our ratepayers half a million dollars each year, for 10 years.

When we consulted with the community for the City’s first long term strategic plan, Sustainable Sydney 2030, 97 percent of you told us you wanted us to take strong climate action. So we’ve been working for more than a decade to demonstrate the results that can be achieved when governments, businesses and the community set ambitious targets and take action to achieve them.

But the scale of the challenge the world is facing to limit global heating to 1.5 degrees and avoid the worst impacts of climate change is enormous. The UN’s 2019 Emissions Gap Report tells us that current commitments against the Paris Agreement put us on track to 3.2 degrees of warming.

The earth has already warmed by 1.1 degree, and as recent bushfires, drought and floods demonstrate, business as usual is not an option.

That’s why we declared a climate emergency in November 2019, and commit to reducing emissions across our area to net-zero by 2040.

We are also working beyond our remit to ensure faster action. In April 2020, the City will host the C40 Sydney Climate Summit, which will bring together local government leaders from around Australia and the world to collaborate and take action to combat our global climate crisis.

Not only are we on track to reduce the City of Sydney’s own emissions by 70 per cent by 2024, we have worked with others to accelerate climate action across the entire local government area.

In 2011 Lord Mayor Clover Moore brought together the CEOs of 14 of Australia’s leading companies who signed up to the City’s goal of reducing emissions by 70 per cent by 2030. The Better Buildings Partnership has since grown to represent over 50 percent of the Sydney CBD’s office space, and its members have now reduced their emissions by 52 per cent since 2006, tracking toward an 83 per cent reduction by 2030.

The City of Sydney is also a proud member of C40 Cities, a global network connecting 94 of the world’s greatest cities taking bold climate action.

With cities responsible for 70 per cent of global greenhouse gas emissions, and C40 Cities collectively representing more than 700 million citizens and one quarter of the global economy, the work we do has a significant impact on reducing emissions and responding to our climate emergency worldwide.

Using drinking water to flush toilets or wash clothes in the driest inhabited continent on earth is irresponsible.

That’s why, even though managing water is a state government responsibility, Team Clover has delivered major projects linking the City’s own operations, residents and businesses to recycled water.

In 2015, we opened the $11.2 million Sydney Park water reuse project, enabling around 850 million litres of stormwater a year to be captured and reused to top up the wetlands and irrigate the 44 hectare park.

We switched on one of Australia’s largest urban stormwater recycling facilities in Green Square in 2018, which can treat up to 900,000 litres of stormwater every day. More than 3,000 apartments in the Green Square Town Centre are now connected to this $8 million facility, so they can use recycled stormwater to wash clothes and flush their toilets. The City also uses it to water its parks and in its community facilities.

We also laid the foundation for a CBD recycled water network when the City negotiated with the State Government to instal a recycled water pipeline along George Street under the light rail tracks. Once complete, this network will drought proof Hyde Park, supply our own buildings including Sydney Town Hall, and provide recycled wastewater for use in the cooling towers of major commercial buildings in the CBD.

This is essential work to future-proof our city, as population growth and drought have resulted in annual water consumption increasing by 13 per cent since 2006.

Every day, the City of Sydney area produces more than 5,500 tonnes of waste – contributing to around eight per cent of our total greenhouse gas emissions.

Our goal is to divert more than 90 per cent of waste from landfill by 2030.

The City diverts 100 per cent of its construction and demolition waste from its own projects, and picks up residents’ old furniture, mattresses, whitegoods, e-waste and more for free.

Team Clover also introduced kerbside collection for food scraps, with the current trial servicing 5,000 households across 62 apartment buildings and 324 houses. Under this policy the City has so far diverting 97 tonnes of food waste from landfill. The trial will expand this year to service up to 1,000 houses and 150 apartment buildings.

The City has also awarded more than $200,000 in grant funding since 2017 for projects that deliver waste avoidance or improved recycling outcomes in our community, and since 2015, residents have reduced the amount of waste they produce by 28 kilograms per year on average.

Given the challenges facing our environment and the waste and recycling industry, it is clear that cities can no longer rely on landfill - we must transition to a circular economy, where products are reused time and time again.

We continue to advocate to the NSW and Federal Governments to develop a strategic plan for waste management in Sydney, do more to make businesses responsible for their consumer waste, and improve transparency and integrity of waste data so we know what’s happening to our waste.